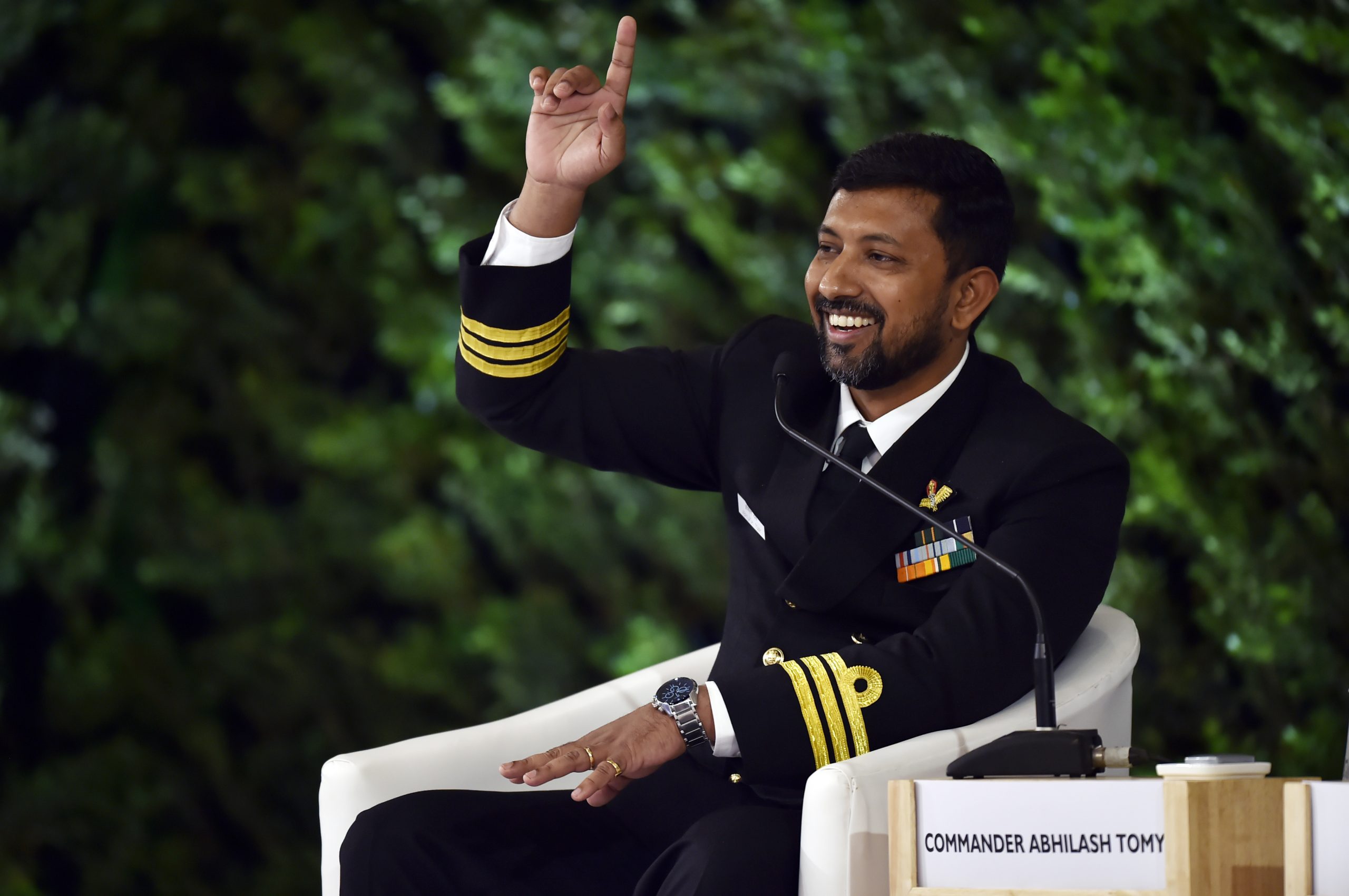 In continuation of Querlo’s interview series, Francesco Rulli, Global CEO of Querlo, spoke with Abhilash Tomy, Indian Navy Pilot, Sailor, and Circumnavigator, about his sailing ventures, both present and past, and how he might use Artificial Intelligence in the future.

In 2013, Abhilash became the first Indian to complete a solo, non-stop circumnavigation around the world. He also participated in the 2018 Golden Globe Race, in which participants must sail solo around the world without stopping. In his discussion with Francesco, Abhilash shared the story of how he got stuck in the middle of the Indian Ocean during this race. A bad storm had hit and he ended up fracturing his spine and was left completely immobile on his boat. He was rescued three and a half days later and brought to an island where it took him fifteen days to finally reach a hospital. However, the Golden Globe Race is happening again in 2022 and he hopes that this time he can complete the trip.

To prepare for this next venture, Abhilash’s most important task is to secure a sponsorship. He hopes that this will be achieved by the end of 2021. Additionally, he needs to complete trials on the boat in the beginning of 2022 so he will be ready for the race, which starts on September 4th, 2022.

When asked about the role of Artificial Intelligence in his sailing, Abhilash discussed the chatbot that he has developed with the Querlo team. The chatbot allows people to learn about his career, awards and recognition, personal life, and more. Abhilash described it as being a “very comprehensive online replica” of him that allows people to ask him questions whenever they want without him physically being present. He is also continuously developing it as people ask questions that might not already have answers.  To hear more from Abhilash or discuss possible sponsorships, you can reach him at abhilash.tomy@gmail.com or contact Francesco through LinkedIN. Additionally,you can find the chatbot at querlo.com/chat/abhilash.