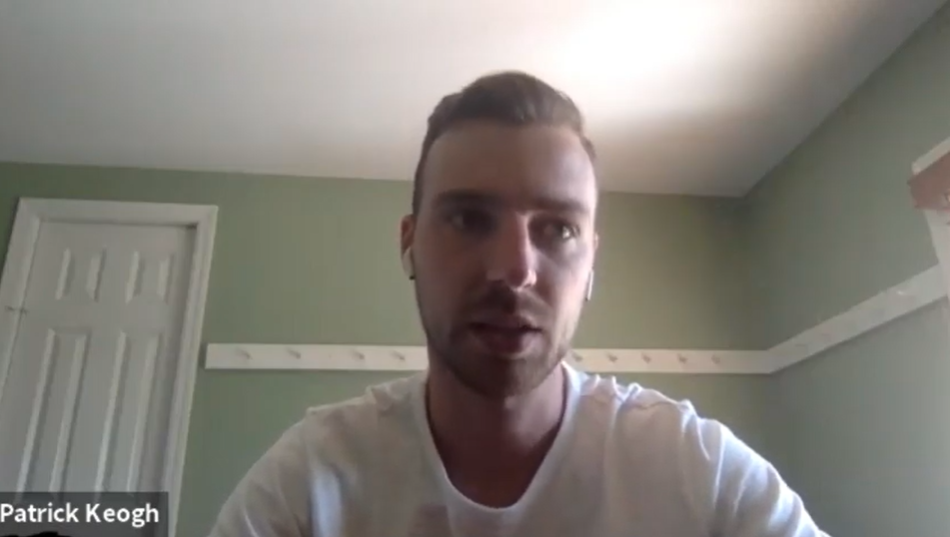 AI in HR on Mars! Recently, Francesco Rulli, CEO of Querlo, talked with Patrick Keogh, People Analytics Specialist at FreedomCare; Keogh is also a recent Master’s of Science Graduate in Human Capital Analytics and Technology at NYU. They had an interesting conversation about AI in HR and a graduate project Keogh had just completed with his degree.

Path to AI in HR

Initially, Keogh jumps into his outlining his HR career up until now and its recent incorporation of artificial intelligence. Up until a year ago, Keogh says, he was concerned specifically with the operational and administrative side of HR; this included recruiting, benefits admin and relevant workplace processes. Then, about a year ago when the world-altering pandemic began, Keogh switched his focus to the tech side of HR and data analytics. What he works on now is systems, process improvements and optimizations all based on data collected from employee experiences.

This urged him to pursue the Human Capital Analytics and Technology Master’s of Science Program at NYU, as previously referenced. His role now, People Analytics Specialist at FreedomCare, is still in the early stages of developing. The end goal, however, is to begin collecting useful, clean data from FreedomCare employees and utilize it to make relevant data driven insights and recommendations.

Relatedly, Keogh’s new role ties in nicely with the fact that he just completed a degree in Human Capital Analytics and Technology at NYU. The program is called Digital Workplace Design spearheaded by Professor Stela Lupashor, Expert Consultant. For degree completion, the class was tasked with moving 400 of Futureco – a fictional company – employees to Mars for colonization. Keogh’s group – him, Mona Lisa, Jazz and Thomas Doescher – set out to tackle the specific assignment of creating a product for the training, learning and development process of Futureco. The reason for Mars: it’s timeliness, but also encouraging thinking outside the box and imagining the future of work/HR.

Describing the process of creating the chatbot, Keogh marvels at how seamless it was for students with an HR background. They used Querlo as a conversational AI tool to start their project. Furthermore, Keogh says how it was very interesting, using Querlo, to see the process, when taking a step back, from an employee logging into the LMS (L&D Platform) to the conversation wrapping up. The main goal of the project was to create a platform for employees to productively upskill/reskill in microcosms of education; in today’s fast-paced world, setting aside 1.5 hours of learning in a day is unrealistic.

Next Steps and Conclusion

Although Keogh mentions that their team was unable to fulfill their entire goal of integrating the LMS system into an employee’s calendar system (like Outlook or Google Suite), they were excited to explore that as a next step and that they were able to successfully set up a working chatbot via Querlo’s Chatbot Studio. Rulli mentions that he is really impressed with Keogh’s group and what they created; he says he is excited to see what future students come up with using implementations of LMS System API’s or the connected Enterprise Solution, given more time.