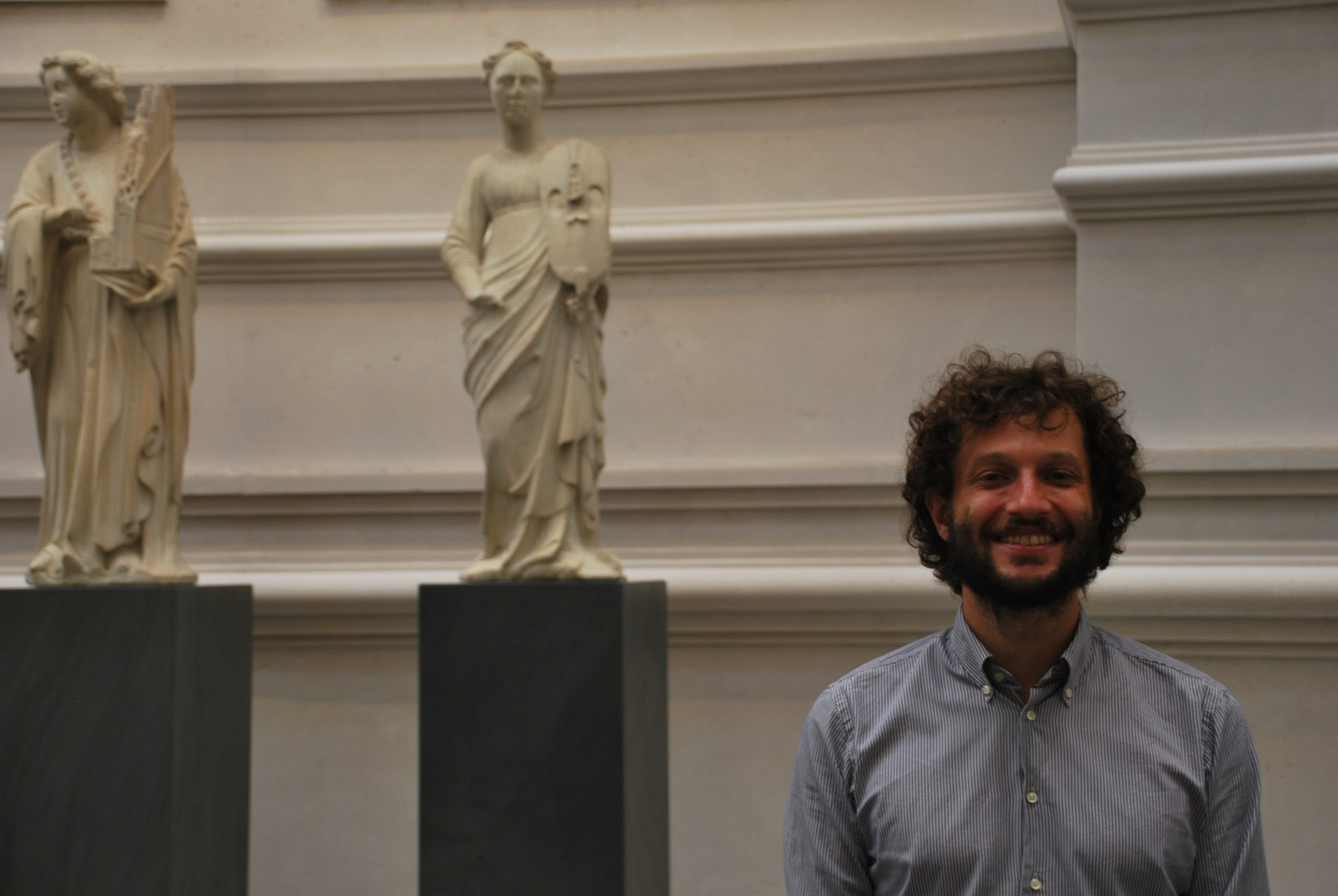 For art historians who are used to using books and documents to learn more about an artist’s life, it can be difficult to navigate this new digital era. However, these technological advances bring new opportunities to share information with the public in a more interactive manner. Francesco Rulli, Global CEO and Chief Digital and Cognitive Officer of the Opera del Duomo, recently spoke about this topic with Giovanni Serafini, Assistant Registrar at the Opera del Duomo.

Located in Florence Italy, the Opera del Duomo was founded in 1296 to oversee the construction of the Cattedrale di Santa Maria del Fiore and the Giotto Bell Tower. Currently, the main task of the Opera is to conserve these monuments and other works of art by artists such as Michelangelo, Brunelleschi, and Donatello. Francesco has been collaborating with Giovanni and the other members of his team to build the Michelangelo AI, which allows people to ask Michelangelo questions through a chatbot. Additionally, he has been working to identify strategic partnerships with the Opera to further develop the Michelangelo AI and possibly expand the project to include other artists.

Giovanni, who described himself as feeling like an alien in the digital world, found it surprising to discover that the work he’s doing with the Michelangelo AI is directly in line with the study of the old humanistic world, which is his primary field of study. The main goal of this project is to not only bring MIchaelangelo’s works to life but to also help people understand who he was as a person. However, Giovanni noted, when researching Michelangelo’s life, it’s important that he and his colleagues must respect the fact that they are working with the life of a real person who lived, died, suffered, and loved.

Giovanni continued by describing the process of responding to the questions that he and his team receive through the chatbot. They have been very lucky because there are many resources documenting Michelangelo’s life that are available for them to use. For example, three biographies were written about him when he was still alive. The first was by Giorgio Vasari in 1550, who was a painter and friend of Michelangelo. The second was a response to Vasari’s biography, which was written by Ascanio Condivi in 1554. And the final biography was also written by Vasari in 1568, a few years after Michelangelo’s death. Additionally, there is a large collection of letters and documents that often reference a book of sonnets written by Michelangelo that was published by his nephew in the beginning of the 17th century. With all these sources, Giovanni and his team must gather all the relevant information to recreate the environment in which Michelangelo worked and lived in. They look forward to this project and using AI to help make art and artists more accessible to more people.